A downloadable game for Windows, macOS, and Linux

On an average stroll through the neighborhood, your curious pup, Ritchie, catches a scent and breaks away from you. As you chase after him, your pursuit leads you to a sewer manhole, that somehow he was able to climb down. Now you must brave the depths of your town's sewer system to find him and free him. But you must prepare yourself if you are to conquer the horrors that lie in the darkness.

Special thanks to these artists for providing us with their sweet sweet music:
incompetech.com
purple-planet.com

Keep up with us by leaving us a follow!
https://twitter.com/vicimus_
https://www.twitch.tv/vicimus_

This game was awesome! The pacing was really well done, I didn't know what I should be afraid of until the final stretches of the game where it got really intense suddenly. Thoroughly enjoyed it!

Reply
ZEOPLAYS1 year ago
This game was a blast! Hopefully you guys enjoy
Reply
DrMonkeystein2 years ago

This game was perfect. I just got rid of my dog and now I have to find a dog. Wth. Anyways, very creepy and damn near impossible at the end. But cool.

Great game couldn't complete it after the lights turn off the creature is around every corner. voice acting a little weird at times and the ending is a bit of a let down to me but apart from that good game.

Really cool game. Didn't have the time to beat it, but it was great. The art style was nice and the concept was very realistic. great job

The guy below me pretty much sums up the game pretty well. Great voice acting, but the difficulty becomes unfair after the lights are out.

Great game though, and I hope that this is a learning experience for you!
Reply
Famed Killjoy2 years ago(+1)

Hiya, I'd like to start off by saying that I did in fact enjoy the game and everything that I say in this small review comes from a little over an hour of playtime. The art style is excellent,and  the sounds of the monster running through the labyrinth combined with other ambient sounds such as a pipe bursting and steam escaping certainly put me on edge a couple of times.

However it's not all sunshine and gumdrops. I played the game for an hour, at which point I finally completed it. It took me around 7 tries or so from acquiring the 3 fuses to actually complete the game.

Once the lights go it's pretty much game over unless if you get lucky, I had the monster spawn directly in front of me and behind me on more than one occasion (at least so it seemed). I don't know if the intention was to tick off the player, but I certainly felt like giving up on the game due to the change in difficulty once the lights go out. Some sort of checkpoint after you've acquired the 3 fuses would have been a godsend. I can understand why a lot of people might disagree with this "It's a survival horror game, and it's supposed to be hard."

Maybe I just suck at games, but I will say though that it did give me a sense of accomplishment to finally escape the sewer with my dog after so many attempts, and that's precisely why I would recommend everyone to give it a try. Just know that it's pretty damn challenging, especially when the lights go out.

This scared me more than I thought, thoroughly enjoyed the art style especially the animation of the monsters legs running.

Well, some good, some not so much. The art, atmosphere and sound design are pretty damn great and the level is generally easy to navigate after getting to know it. Most of my problems are with dead ends and the monster.  Once the lights are out it seems like the monster just makes a b line for you which wouldn't be an issue if there was some way to track it or if it wasn't faster than the player. In my few rounds I couldn't find a way to reliably get away from it which led to the game feeling more about repetition and chance than any sort of real player involvement or skill.

Dogs can be so faithful at times

Why do my dogs keep getting lost in the sewers!!!

This game is pretty much everything a survival horror should be. It's one of the hardest games that I've played (on the same level as Brother Wake Up IMO) and I've spent A LOT of time on this. I may just be terrible, but I couldn't beat it to save my life. Right away, I loved the voice acting. It was funny and natural, and the character had personality. The ambiance was really creepy, and paired with the darkness/visuals, it was scary. I mean the "I don't wanna go around the corner, die, and have to start all over again" scary. I liked the flat, pixelated graphics. The pixelated graphics horror genre is great and I'm super addicted to them. The frame rate and controls were smooth, so that's good too! The only issue I had, was where the monster kept somehow teleporting RIGHT in front of me, cornering me and forcing me to 'try' and juke it out. Most of the time, failing. At the same time, it's definitely still possible. This mechanic mostly induces panic, which is also a good thing. But yeah, awesome stuff! Thanks for making this!

This game was really cool! The monster honestly terrified me and now I have a fear of breaking eggs.

Reply
Raithias2 years ago(+1)
I think you really have something going here. 1 part maze, 1 part horror, equals full coolness! I suck at directions so I aimlessly ran down hallways trying to find what I needed to find to save Ritchie. I didn't say him but, in the end I think I did a decent job.  Only thing that might help would be  to be able to open your map at any time instead of having to run back and, memorize where to go next.
Reply
Bestplayzgamer2 years ago(+1)(-1)

My gameplay video and yes it has swear words

this game was really cool! quite difficult to beat (btw this is 2 games in 1 video :D ) but cool! poor richie had to be left in that horrible place for now :( but really cool job on creating this game and really good voice acting implemented in this game too!

I have no idea what your monster is but it's equal parts terrifying and equal parts comical, I was laughing as well as screaming at it. I feel a bit stupid for jumping at him a few times, but hell it was fun. Something that gave me such a hard time in this game was the way you had the map set up, not the lines or anything, but the fact that you made the hallway we were in to the left instead of straight up or down, I kept trying to memorize the directions I had to take, but having to switch them because the hall we were in was towards the left so that got a bit frustrating to me. I was so upset about was when we were getting chased by this thing I ran into like every dead end and there's no way to get out of the situation, like I was really hoping I could pull him to one side and run out the other, but I get it's a dead end, so there doesn't need to be a change there, something I want to nitpick is when you're in the room that you have to jump the gap, if you step on one of his eggs he gets stuck right between the boxes you have to jump from and onto and you cant get too close because you'll die, but it wasn't too hard to run to the right then jump to the left and run away from it because it resets the monster, and lastly, I might just be completely oblivious but when I put all of the fuses in the machine I thought I was good to grab my dog,  so I ran all the way there and that wasn't the case so maybe just put the button right on top of the fuse box or like even closer, but overall I had a great time, of coarse I love the concept, saving dogs is life lol <3 but it was entertaining! I hope you make some more projects in the future :)

Very nice game! Thanks for making a fun game

I thought this game was great!  Challenging, unique, and played smooth (like a fine wine made from midget tears).

I really hope Down Under sets a standard for horror survival games on itch.io and we don't keep getting crappy spongebob horror clones.

P.S. Fix the glitch where the chicken monster can teleport like Dumbledore.

Made a video for this some time ago. It was a lot of fun but I certainly struggled. Beautifully made horror game that got me a couple times!

in a land down and under -

This was very fun, I loved the atmosphere! The monster is definitely intense! Don't touch it's eggs lol

Hey I played your game on my channel! I Had a lot of fun playing it! Thanks for making such an awesome thing, I look forward to seeing what you do next! 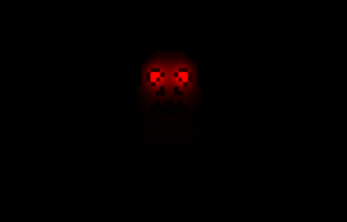 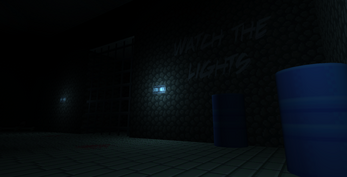